We did it. Finally. After 4 months…we opened our doors! I know it has taken me yet another month to give you this little update and I’m sure you’re all very aware it is open & functioning; but this is the first bit of time I’ve had! So stick with me – I’ll get there.

I left it last time with a 7 day deadline – would we open on 23rd June or wouldn’t we?! We sacrificed working on the markets that week to throw ourselves in 100% and if we hadn’t – no way it would have happened. We started in the stock room – a room I’ve not even bothered to photograph or share with you until now because it was just everyones dumping ground. Ours, our tradesmen’s, our stockists… We have had piles upon piles of bags of rubble & wood & plaster & just general crap in there which weekly we’d clear – only for it to fill up again before we’d returned from the dump! My Mum & Kevin let us have a few skips on their driveway in the early days but there was still the exhausting matter of getting it all there. This room was horrible & stinky & took Seb, my Mum & myself an entire day to get cleared, cleaned & in some sort of order.

Seb & I recycled our floorboards & turned them into shelves. Kevin donated an old rug to put on the floor (not that he knew it would end up in this room at the time of his generous offer! Sorry KM xX) and Mum did everything Seb didn’t have the time or simply couldn’t be bothered to worry about – meticulously gathering all of his tools & finding what box or what compartment etc they belonged to. She reorganised him & saved me the frustration which was worth about a million pounds at that point!

It was one of those days where you look back and think – what on earth have we achieved?! – and this is just the STOCK room… tomorrow we have to face the entire shop and I am so tired… 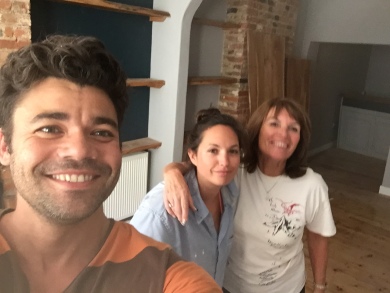 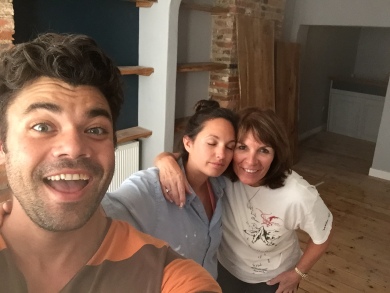 So we called in the troops. Mum, Pauline & Maureen all deserve medals at the least for what they managed to achieve on the Monday. They just got on with it! Whatever was needed. Sweeping, hoovering, mopping scrubbing, hoovering again, re-mopping, steaming, scouring… you get the idea. 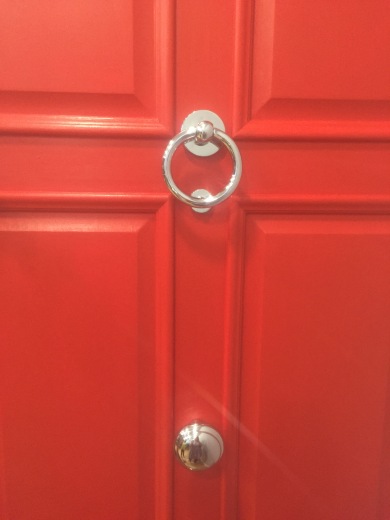 They probably saved us an entire day & we still can’t express how unbelievably grateful we are to them for being so wonderful. THANK YOU ALL! (I saved you the humiliation of being photographed in your scrubbers! So heres us three in our best dress… ) 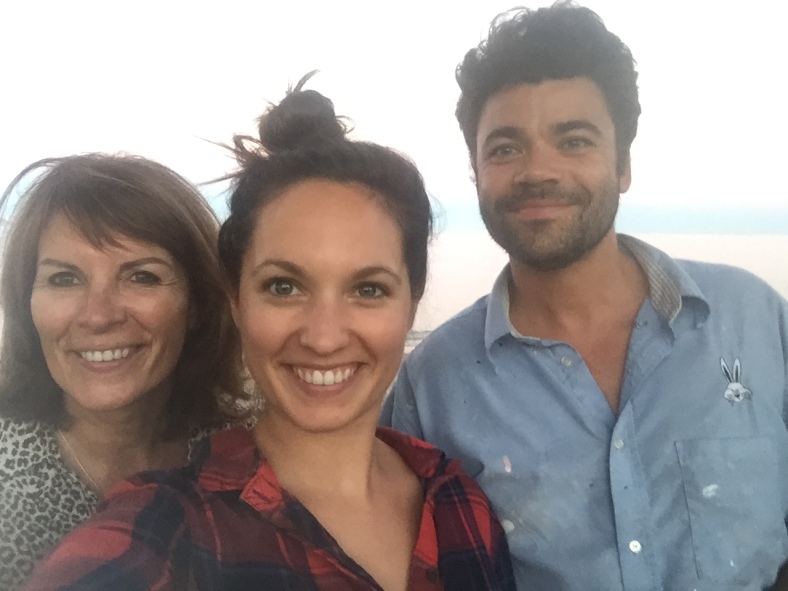 Tuesday rolled around & Seb left for Southampton to get some vital items for the display. Almost as soon as he drove off, the rumble of the worlds most ridiculously oversized lorry arrived & in it – one of our biggest stock deliveries.

Soon after that lorry drove away, a smaller van arrived – yet in it they only carried our order – I was pretty sure we’d over-ordered at this point!

I was lost in a sea of cardboard & Seb eventually found me buried under a box refusing to collapse despite my best efforts.

Suddenly it was Friday – Literally. The rest of the week was just a blur of cardboard, quality checking & decision making. Where should this go? Does that work with this? Will that look weird there..? On & on & on into the depths of night with just a short Good Wife & Wine break in between.

For 3 days we just ploughed through the cardboard, bubble wrap & tissue paper; until Friday we could finally stand back and see what we had achieved.

Seb & I work very differently & I had wanted to price items as we placed them. Seb wanted to get everything out & then price everything. So. Friday my entire day was taken up with writing and attaching price tags. I also finally got to set up the counter & get all organised which made me deliriously happy! 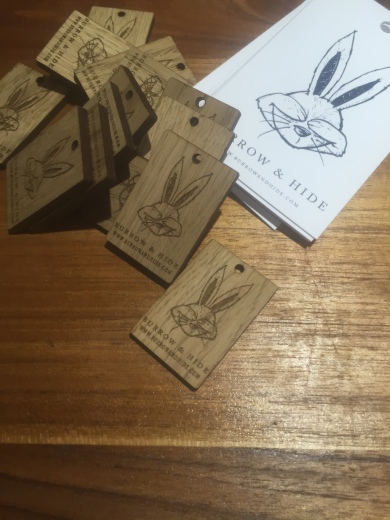 Seb was still working on the finishing touches like a door to cover our fuse boxes & hanging our stock room door…He was truly amazing in those last few days – just turning his hand to anything and making stuff happen that I had no idea he could. A part from the call over the price tags…that was a horrible decision. 😉

It felt like the light was at the end of the tunnel but we were too exhausted to really see it. On Saturday morning as we walked around the shop, we looked at each other & simply didn’t know what to do with ourselves! There was nothing left to do but to open… 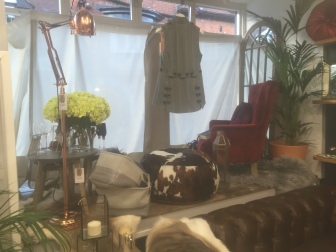 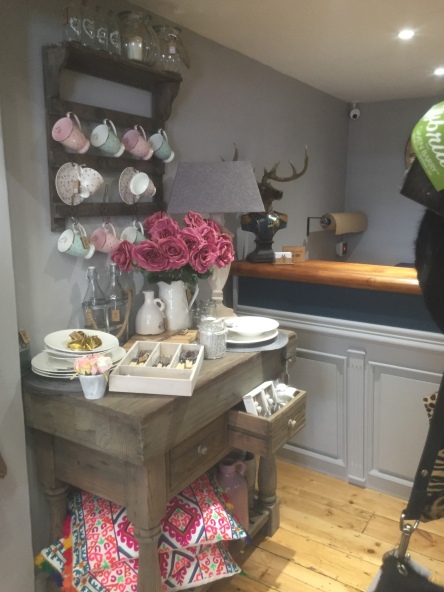 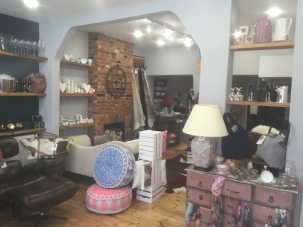 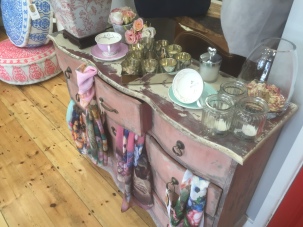 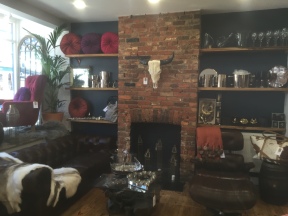 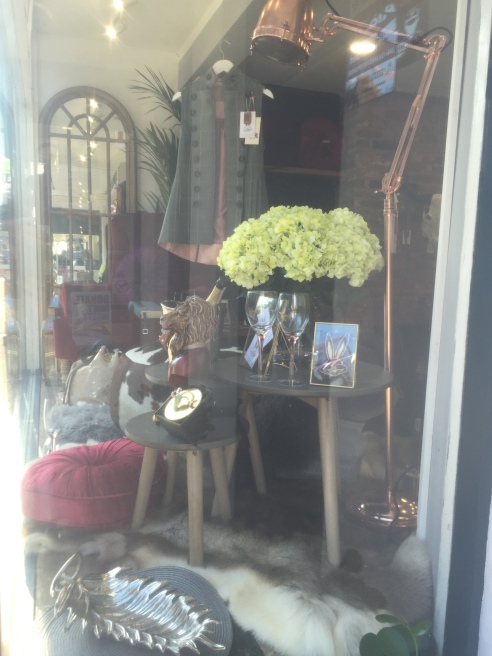 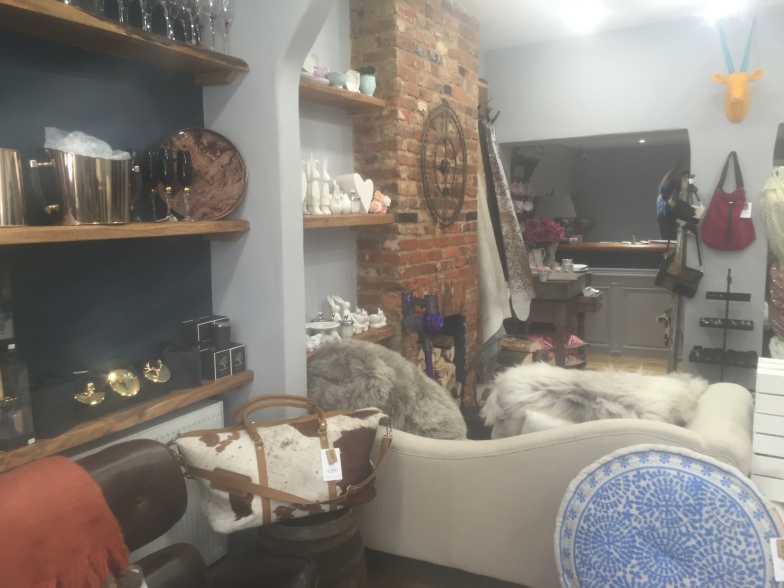 To everyone who has supported, helped and encouraged us,

Seb and I cannot thank you all enough for everything you’ve done, no matter how small you may think it was; to us it was huge. We’ve never undertaken a project like it. It has not only been a physical test of strength & skills but a mental endurance challenge where we’ve had to juggle our own stress, each others stress, cash-flow, tradesmen, drama after drama, health issues and somehow carry on working… ! We could not be more proud of what we’ve managed to achieve in just four months. Yet we don’t pretend we could have done it without so many of our friends & family who’ve propped us up, championed our progress & offered their time to help in anyway they can. You know who you are & trust me, we will never forget it for the rest of our lives. We are so lucky to have you.

A teary Kate & a shattered Seb (who is upstairs carrying on with the endless list of things left to do in the flat…these blogs aren’t over yet!)

2 thoughts on “The Road to Opening Day…”

There was an error retrieving images from Instagram. An attempt will be remade in a few minutes.